There is nothing in the world I love more than some sick tunes. I’ve had the chance to play, write, and perform my own music, and there is nothing that can compare. Although last year I was unable to attend Rock the Island, I eagerly awaited the date this year. I informed my parents that I was planning on going alone, but apparently, it’s not exceptionally safe for a sixteen-year-old to be walking around town after dark. I elected to go on a double date instead with one of my best guy friends and another couple. None of us had been, but we all had high hopes. I expected it to be good, not great, but I’ll tell you: it was one of the best nights of my life.

Point of Confusion, comprised of two Anacortes High sophomores, Lily-Rose Day and Adayla Rogers, started off the night. The duo opened with a slower, acoustic cover of Allison Weiss’ “I Was An Island”. As their voices and guitars melded into lyrical unison, the audience quietly snapped along. Although the group’s first song was beautiful, their second number, an original called “Bruises”, was the hook-line-and-sinker for me. Not only were the lyrics gorgeous and heartfelt, both girls effortlessly weaved through harmonies, complementing and contrasting each other with every line. Even as beginners, Point of Confusion presented a gorgeous and fun start to the night.

The second female duo of the night, Troubled Waters, kicked off their performance with a cover of “Riptide” by Vance Joy. Alanah Harju wowed the audience and judges with her powerful vocals. Not to be outdone, Alina Johnson held the pair together with her assured and confident guitar playing. The second song the girls performed was also a cover, “We Sing In Time” by the Lonely Forest. According to Murphy’s Law, everything that can go wrong will go wrong一Troubled Waters was no exception, experiencing a fair amount of hiccups. Yet, despite a few wrong notes, the pair continued to play and sing with heart and determination which truly set them apart.

I never understood the appeal of boy bands until I fell in love with every single member of Ristfut within the first two minutes of their first song. Usually made up of Dominic Ermi, Andrew Knapp, Vince Jackson, and Gavon Long, the band surpassed all expectations I may have had. Unfortunately, Jackson was sick with the flu and unable to play, but Henry Ermi stepped up, easily bringing the band together with his excellent drum playing, despite learning the set last minute. Contrasting from the previous bands’ indie pop vibes, Ristfut came ready to rock. Long’s high, crooning voice was matched by Dominic Ermi’s amazing guitar playing. You can easily see how much time Ermi has dedicated to his guitar as he masterfully shredded. Knapp, though a little less showy than his counterparts, beautifully played the bass tying the band together. My favorite bands play music that you can feel in your chest, and Ristfut did not disappoint. Both songs the boys played were originals, elevating their already remarkable performance to exceptional heights.

Any band would have a difficult time playing after an amazing performance like Ristfut’s, but Stasis was up to the challenge. As Jared Wright, bass player and vocals, sung the first note of The Red Hot Chilli Pepper’s “Can’t Stop”, the audience went wild. Wright’s choppy vocals brought new life to the old favorite, and Kyle Nesset, the lead guitarist, was also able to help do justice to the song. After a bass solo, the band went into their second song, “What You’re Doing” by Rush. Sinjin Ledbetter was not to be missed on the drums, providing the band with a beat everyone could get behind. One of the best parts of their second song was the mutual shredding of Nesset and Wright.

Following two rock bands, Jackfruit slowed things down with a sweet, folksy sound. For the first of the two originals, John Harrison was the lead vocalist, with Liam Poor on drums, Noah Masten on keyboard, and Emmett Moore on guitar. Not only do they all have fantastic hair, but their fantastic harmonies changed the entire mood of the night. My date was quick to comment on the uniqueness of the band (maybe in response to my very stereotypical teenage girl reaction to Ristfut), and how their lyrics were both beautiful and heartbreaking. Harrison started their set with a rich, melodic sound which was contrasted by Poor’s soft, higher voice as he transitioned into lead vocalist for the second song. Several times during both songs, all the boys came together to harmonize and capture the hearts of many audience members.

Dead Man’s Lawyer closed out the night, with Mason Blackburn, Eddie Clarke, and Hunter Stevens taking the stage. A repeat band from last year, Dead Man’s Lawyer presented an interesting and different feel than any other group. It was rock with a jazzy undertone, and it was incredible. Their sound was completely original, just like their songs, and Blackburn’s voice brought the band to a new level. Clarke and Stevens helped contribute to the funky atmosphere and create a truly unique sound. For the second song, Stevens transitioned into lead vocals with Blackburn trading in his electric guitar for an acoustic one. This led to a different sound than the first song, but still followed the general theme they were able to create.

Jackfruit ended up coming on top, followed by Ristfut, then Point of Confusion. Jackfruit began their encore with a third original, and then (to the crowd’s delight) began to sing “Escape (The Piña Colada Song)” by Rupert Holmes. As my date laughed, I sung along as loud as I could. There is magic in the way music brings people together, and Jackfruit was able to create that connection. Overall, the bands were wonderful, the music was great, but the atmosphere of the night was what truly carried it out of the ordinary. Music changes us, and Rock the Island helped show how music can help us forget our differences and come together in the heart and heat of sound. 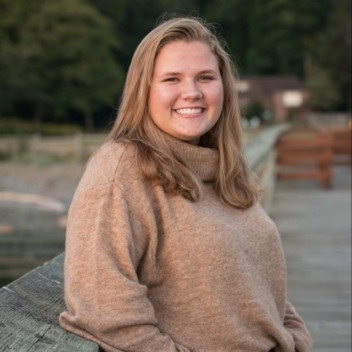