I remember that when I first heard about the virus in January, I simply wrote it off as a problem that was happening half a world away — something that would never make it to Anacortes. Even when the infection spread to Seattle, somewhere I had been to in the weeks prior, it still seemed so far away. I never thought we would have to follow safety procedures like the ones civilians in China were following, let alone leave school in March. Nevertheless, the same day I heard about the possibility of school closing, it did.

One of the things that has been altered the most during this quarantine period is my sleep schedule. I now regularly compete with my cat for the most hours of sleep per day, and now I find myself hitting my stride after the sun goes down instead of midday. I’ve had my sleeping pattern change around during almost all of the breaks that I’ve been on, but since this one is likely going to be the longest one I’ve ever taken, I think I need to get my sleeping habits under control before I start looking like Gollum.

Even though it isn’t ideal, there are a lot of positives about school being cancelled. I’m now the most productive I’ve ever been around the house and I’ve started to pick up new skills as well as improve upon some of my old ones. I’ve gotten back into mountain biking, drumming, and gardening, as well as attempting to learn guitar, beekeeping, and woodworking (some of which I’ve been more successful at than others).

The thing that I certainly miss the most about going to school though is being able to see all of the awesome people I know on a daily basis, and now that I’m limited to seeing my immediate family, it really makes me miss those small interactions I used to have with others. Not that I took those moments for granted, but they sure do seem a lot more special now.

I know that I won’t be returning to the high school this year and it comes as a big disappointment for me and a lot of my classmates, but I still hope that by the time our graduation date rolls around in June we will be able to celebrate properly in person. 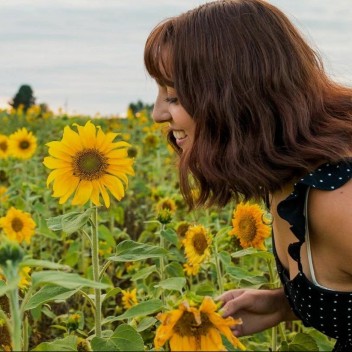 Allie Perez is Editor-in-Chief of The Seahawk Journal. She loves writing, musicals, the color yellow, tea, bringing happiness to the people around her . . . and also dogs. She adores dogs with all of her heart. View all posts by Allie Perez