Just so it is perfectly clear: I am a feminist. I believe that I, and all my fellow women, are fundamentally equal to men. We deserve the same opportunities, the same pay, and the same treatment. However, when I look into the world of fourth-wave feminism, I am not impressed by the problems in the spotlight and those that play in the sidelines.

Fourth-wave feminism is said to have started in 2012, after which a new interest in the movement began. This wave is differentiated from others because of its focus on social media and the digital world. Other ideas include workplace discrimination, sexual assault, and rape culture; and, while these subjects express legitimate issues, I only tend to see less pressing matters properly presented in the media.

Eliminating all of these subjects is essential to attaining equality, but a lot of fourth-wave feminist sources tend to give all their attention to meaningless problems instead. Countless “activists” speak out against issues like manspreading, the way a man spreads his legs slightly when he sits. Women get avoidably offended by the way men rest, which is completely ridiculous. When a guy takes up a bit more space than necessary, he is not attempting to oppress women; he wants to be comfortable. Is manspreading annoying sometimes? Sure. Does it deserve press coverage? Not really. Is it the most pressing dilemma of the century? No way. The problem is, when women choose to aim their focus on issues like manspreading, it discredits truly important feminist ideas and efforts. It also invalidates true sexism and makes its occurrence seem commonplace; while one woman claims to be oppressed by manspreading, another is sold into sex slavery. When people hear the first woman complain, they are desensitized to female oppression. They begin to associate the movement with trivial concerns; so, when the second woman speaks out about her legitimate suffering, the situation plays out like the boy who cried wolf. People don’t believe her, or they think she is exaggerating, or maybe they think she is just a spiteful woman whose purpose is to attack men. Either way, the frivolous “activism” of the first woman hurts the second’s chance of receiving justice. Women make superficial complaints, so people do not react. Then, when real issues are presented, people blow them off, because their view of feminists has been tainted. When I tell people that I identify as a feminist, reactions include suppressed giggles and confused looks. This is because of the way popular culture’s perception has painted women’s rights. Instead of being viewed as a serious topic, people view feminism with a sense of dread. One reason for this cringe-inducing reaction is the stories the media tends to promote.

In today’s society, social media and news platforms have the ability to educate users about real-world topics. If they wanted to, they could explore real oppression in other countries, even real oppression in America. However, those articles do not get as many views, thus generating less income. Instead, large companies write clickbait articles that, again, are meant to raise awareness, but in reality only trivialize the movement. One follower of this pattern is Buzzfeed, a website with which most Anacortes students are probably familiar. Notorious for publishing somewhat obnoxious pieces about human rights and equality, the platform has detracted all sincerity from their cause. Last year, the company published the article, “23 Hilariously Savage Responses From Feminists.” The article contains a series of tweets and other social media posts in which feminists respond to misogynistic comments. While there is nothing essentially wrong with this piece, it promotes the movement in a negative light and achieves absolutely nothing to help its cause. The purpose behind the story was to entertain, but human rights campaigns should not be used as as a source of amusement. Instead of collecting tweets, Buzzfeed’s employees should be raising awareness about genuine affairs. Imagine the impact of the article, “Why Are Women in Pakistan Still Being Attacked with Acid?” versus, “28 Feminist Memes To Share With Your Best Feminist.” Making memes about feminism does nothing but babber about the movement, which discredits its validity. People get tired of hearing endless complaints about gender equality, and the only solution is to stop bringing the issue up meaninglessly. Buzzfeed and other sources need to reevaluate their goals and redirect their messages. Why is it that women who want to make it legal for females to go shirtless get more press than babies in India being sold into prostitution? Which of those two dilemmas accurately expresses pressing objectification and oppression? People like to rave about controversial topics like modesty, but when it comes down to life-damaging subjects such as human trafficking, they prefer to remain blissfully ignorant.

Feminism is defined as the belief in equality between men and women. In a lot of ways, fourth-wave feminism fails to meet that singular piece of criteria. Instead of promoting equality and unity between genders, a significant portion of modern women’s rights activists tend to attack males. They blame men for stereotyping women, which is real and wrong, but then they turn around and do exactly the same thing. On their YouTube channel, Buzzfeed has a video called, “36 Questions Women Have For Men.” All of the questions they pose are misandrist in nature, and, if they were asked of women by men, would definitely be considered sexist. For example, one woman asks, “Do you ever get tired of being manly all the time?” What if a guy had asked, “Do women ever get tired of being feminine?” That statement would be met with intense criticism, because not all women are exclusively ladylike. Similarly, not every man spends all day lifting weights and fighting bears. Part of fourth-wave feminism is destroying gender stereotypes; however, in order for that to work, it has to apply to all genders. If Buzzfeed wants to argue that women should not be categorized, they need to treat men the same way. They make the same assumptions that they shame men for making. In addition, the tone of the question makes it seem like masculinity is inherently evil. It suggests that all men only act masculine, that all of them are secretly miserable. In order to promote gender equality, the sexes need to build each other up, not tear each other down. Women who hate men are not true feminists, because their end goal is not fairness; on the contrary, they just want to be considered superior. By demeaning masculinity, true feminist ideals are not being practiced.

Regardless of its faults, fourth-wave feminism does have positive aspects. One of the most influential establishments has been the #MeToo movement. This campaign provides a safe space for survivors of sexual assault and rape to speak out about their experiences. Many of the women who have offered stories were threatened by their attacker about exposing the truth; but, the drive has created an environment in which they feel brave enough to relate their experiences.  The majority of stories have been shared through Twitter, and the hashtag has compiled millions of attached tweets. Countless women have disclosed their abusers, and the movement’s impact has spread to all industries. Musicians, actors, politicians, and ordinary people have all stepped forward to either support or join the action. Combating sexual violence is one of the most important parts of fourth-wave feminism. This includes instances that take place in abusive relationships, the workplace, and on the street. The time for allowing assaulters to get away with their crimes has passed, thanks to fourth-wave feminism.

The campaign also targets rape culture as a societal factor to be abolished. Rape culture is the concept of rape being instituted as an normal aspect of daily life. Supporters of its removal claim that children are raised in a way that teaches girls to pursue modesty or face the consequence of possibly becoming a rape victim. In reality, the teachings should explain that rape is always wrong, no matter what the victim was doing, wearing, or saying. A common phrase in the movement is “No means no,” alluding to the neglect most rapists apply to their victim’s consent. Fourth-wave feminists also make efforts to eradicate rape culture by desexualizing the female physique and raising awareness about the definition of consent. Their goal is to develop a world in which women are no longer objectified, which would mean fewer rape and sexual abuse cases worldwide.

The topics of sexual assault and rape culture are extremely pressing, but their effectiveness is compromised by issues like manspreading. As conversations about trivial topics increase, interest in authentic concerns decrease. The movement loses its impact the more it is unnecessarily debated. The violent oppression of women in other countries is virtually undiscussed, and it puts millions of female lives in danger daily; meanwhile, many fourth-wave feminists raise questions about whether video games should be destroyed for giving in to the male fantasy. When cruelty against women is considered a thing of the past internationally, we can worry about video games. But for now, feminists need to join together and spread the word about substantial issues; otherwise, the world may never change. 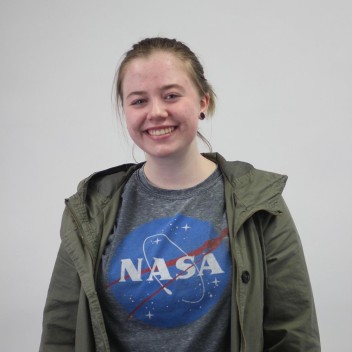