The Anacortes Women’s March took place on Friday, January 19th as several hundred people of different races and genders marched in support of gender equality, women’s rights, political change, and the importance of having a voice in today’s world. The Anacortes march also emphasized “our vibrant and diverse communities that are the strength of our country.” Amelia Rurey, an activist and senior at Anacortes High School, believes the march is a way to “show through massive numbers, that there are a lot of people who are not okay with what is happening in the world right now.”

Jade Carter, an AHS junior, believes “Women’s March is a community event where people have the opportunity to get together, evaluate, and protest today’s issues concerning minority groups.” (Carter) The march is also a way to show that “we [women] are not going to be discriminated against and that we will not be treated inappropriately or disrespectfully.” (Rurey) The march was peaceful, despite some opposition from local Facebook users. Protesters made their point and stood up for what they believed in. The march “focused on unity instead of the division in the world.” (Rurey)

Anacortes City Council members Anthony Young (position 7) and Liz Lovelett (position 6), gave inspiring speeches to the crowd Friday evening. A woman's choir sang "Quiet," a powerful song written by MILCK and AG, representing the #ICANTKEEPQUIET movement. Following the song, a man holding a lantern guided the marchers on their route through Historic Downtown Anacortes. Protesters held their signs proudly as they marched eights blocks starting at the Anacortes Depot and continuing on Commercial Avenue. Many shop owners exited their storefronts to support the marchers as they walked by restaurants and gift shops.

Despite different backgrounds and situations, marchers felt a camaraderie and commonality through the accepting environment of the Women's March. Signs reading, "what she said," "together we can do anything," and "I'm with her," convey this message of support and love. “The march is unifying and an opportunity for everyone to get together and talk about how things are currently going. It is inspiring and motivating.” (Carter)

Women’s March is getting headlines at both the local and international levels with protests all over the world. Women’s March overlaps with the #ICantKeepQuiet, Time’s Up, and the #MeToo movements, all grass roots efforts trying to create “transformative social change.” The specific mission of Women’s March is to “harness the political power of diverse women and their communities” to better our world, and are “committed to dismantling systems of oppression through nonviolent resistance and building inclusive structures guided by self-determination, dignity, and respect.” (womensmarch.com)

To learn more and get involved, check out the local Anacortes Women’s March or Be The Change Network on Facebook. Rurey also recommends “talking to others in your class and older people with more experience. Doing this will bring insight as well as help you create your own opinions.” You can listen to the opening address for the march and view a gallery of photos below. 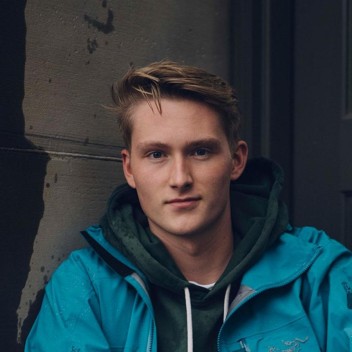 View all posts by Andrew Aggergaard