Everyday millions of people take their music on the go with them. Whether it’s your car’s FM radio or right in your ear via a string of wires connected to your phone, modern technology has made music accessible to everyone everywhere. But many people don’t know that their iTunes account has its origins in 1950’s shortwave radio technology. How have we arrived at this day when our music is infinite, always with us, transmitted over wireless headphones that are so … normal? It’s time we look back at the timeline that got us here.

1930: Paul and Joseph Galvin, along with William Lear, developed the first automobile dashboard radio and named it the Motorola, short  for Motor Victrola (a Victrola was a type of gramophone). Their company would go on to sell millions of radios and is now one of the worlds largest tech companies.

1954: The first pocket sized music device was created by Texas Instruments (yes, the calculator company) and Regency electronics. The Regency TR-1 was a small compact radio with its simple design of a tuning wheel, volume wheel, small built in speaker, and a 3.5 mm audio jack. Though not selling many units, it was the first electronic device to utilize transistors, a small device used to amplify electronic power, and inspired many other portable radios for years to come in varying shapes and sizes and numbers of transistors.

1966: Any of you who’ve seen the late 80’s film Say Anything, where John Cusack holds his Toshiba RT-SX1 above his head to gain the love of his life, know the importance of the modern boombox. Well, the first boombox wasn’t a Toshiba RT-SX1, but instead the Philips Radio Recorder, which was more akin to a modern radio than the famous pictures of boomboxes we have in our minds. Phillips advancements inspired many others though, as the boombox got louder, heavier, and larger. The staying power of the bombox lasted for decades to come, and it’s relevance is ground into pop culture form the many hip hop albums and depictions in TV and as previously mentioned, film.

1972: Many credit the Walkman as the first portable personal cassette player, but to the surprise of many, it’s the quite obscure Stereo Belt. Inspired by his Grandfather who an engineer responsible for designing the Berlin subway system, as well as his time as a TV executive,  Andreas Pavel created his device to “add a soundtrack to real life.” The belt held a small box where the tape wheels were held along with its headphone jack and mixing knobs. Pavel approached many electronics companies with his device including Yamaha and Phillips, bu they turned him down as they said people would never go out in public wearing headphones. Boy were they wrong.

1979: We’ve all seen the famous Walkman before, most recently on Star-Lords hip. Though, why did the Walkman take off instead of the Stereo Belt? Sony decided to take Pavel’s previous idea and add some “Japanese-ness” to the device. This called for the militarization of the device, simplifying the design by removing many of the mixing knobs in turn for a left and right volume slider. Sony also made the device more colorful and added a second headphone jack and later AM/FM radio. The Walkman line would produce many more models and branch out into radio and mp3 player lines as well.

1984: Inspired by their past success and the growing popularity of the CD, Sony decided to release its new idea, the Discman. The first portable CD player, at first Sony’s invention was unsuccessful. This was the cause of many things, as CD’s were a very untapped potential at the time, and were much more popular in Japan. The player was also not built that well, and tilting the player would lead to skipping, so thus the true portability of it was almost useless. Yet people tried anyway, as skipping music tracks became the standard soundtrack to exercise. Sony soon produced later models to fix the previous problems, and by the late 80’s CD’s were in many US homes.

1992: By the late 80’s, Sony seemed to have the market cornered when it came to portable audio devices. Sony had just created a new form of audio storage called DAT, a cassette tape recorded digitally rather then with analog technology. This later lead to the creation of Sony’s other new audio format, the Minidisc, a small magnetic disc enclosed in plastic. Technology was finally smaller than the Walkman, yet with the capacity and track-skipping capability of CDs. The Minidisc functioned much like a smaller, lighter, more robust Discman. Many AudioFiles embraced this new technology, burning their old CDs onto the small, colorful discs through the late nineties and early 2000s.  Minidisc never became standard, mainstream hardware, in part due to competition with other electronics manufacturers at the time. What popularity the technology had would soon come to a screeching halt.

2001: The moment everyone had been waiting for arrived. It seemed everyone in the mid 2000s wanted an iPod. Released in 2001, Steve Jobs latest invention wasn’t actually the first digital mp3 player. That title goes to the SaeHan/Eiger MPMan, which predates the iPod by 3 years, but much like the Stereo Belt, the iPod found much more successes with an juggernaut like Apple at the forefront of it. Initially, the iPod had a slow start, as the Mac only capability and Apple exclusive iTunes files made it unusable to anyone without a Macbook. The early iPods were not without discs. They had small internal spinning hard drives that, when held in the hand, felt familiar to those who knew the Discman. But over time the iPod took off, and a big white brick turned into the iPod Mini, iPod Nano, iPod Shuffle, iPod and eventually, the iPhone.

Its hard to imagine what is next — a day when the iPhone X is just another point along an even longer timeline. Yet one thing is certain: It will be imagined. Indeed, it probably already has. 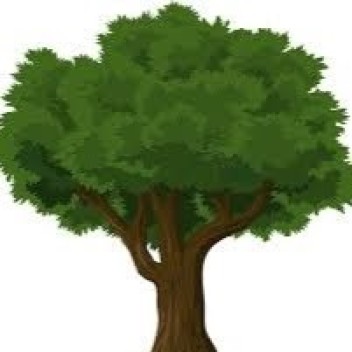