A Review of Station Eleven by Emily St. John Mandel

Although Station Eleven is a post-apocalyptic novel, it soars above the level of subsistence and survival, even if airplanes no longer take to the skies in its pages. This is award-winning author Emily St. John Mandel’s fourth novel. In it, she crafts a chilling but beautiful story about civilization’s collapse that makes us think about the unnoticed miracles of our world, our relationships, and what life would be like without them.

Twenty years after the Georgia Flu has snapped our modern world into the centuries before and the years after, a character named Clark considers a snow globe: all the secret hopes of the people involved in crafting such an unnecessary object, “the white gloves on the hands of the woman who inserted the snow globes into boxes… the card games played below decks in the evenings on the ship carrying the containers across the ocean… a haze of blue smoke in the dim light, the cadences of half a dozen languages united by common profanities… the signature on the shipping manifest when the ship reached port, a signature unlike any other on earth” (255). All of Station Eleven makes the reader consider the snow globe we live in. Pick up a phone and it’s possible for your voice to be heard by someone sitting on their kitchen counter on the other side of the world. If you have a question about show dogs or celebrity gossip or anything else we have the enormous luxury to worry about, you can press a series of buttons on a machine that thinks at the speed of light, and its glowing screen can light up 452,000,000 results in 0.56 seconds.

Station Eleven makes you think about the extraordinary nature of the light-speed lives we lead and is also a beautiful manipulation of time and the people whose stories emerge and intertwine across the pages of the lush novel: the paparazzi-paramedic Jeevan, the child actress Kirsten whose career is cut short by the end of the world, the shipping executive and comic artist and movie star’s ex-wife Miranda. Their stories unfurl with poignant detail across a world now dark, no longer crisscrossed by the tangled flight paths of people with somewhere else to go.

Station Eleven has none of the garish melodrama that characterizes many fiery depictions of the demise of the modern era. Mandel’s writing abounds with the quiet details that make life, not death; “all of the small details that comprise a morning, a life” (317). The Traveling Symphony, a group which performs music and Shakespeare for what used to be the northern Midwest, is one facet of this detailed story. The words “Because survival is insufficient” arc across the side of their lead caravan. Although the Symphony members argue if this phrase is more or less poignant because it was lifted from Star Trek, regardless, Mandel’s work transcends survival to share the detail of life. Mandel captures “the night… dark and filled with movement, snow falling fast and silent, the cars parked on the street swelling into soft outlines of themselves” (12). She captures how, after the apocalypse, there’s “no more diving into pools of chlorinated water lit green from below. No more ball games played out under floodlights” (31). And “no more flight. No more towns glimpsed from the sky through airplane windows, points of glimmering light; no more looking down from thirty thousand feet and imagining the lives lit up by those lights at that moment” (31).

The author deftly weaves details into this tale of loss and living, just as she interweaves seamlessly the stories of a cast of initially disparate characters. In her thought-provoking language and characters, Mandel builds breathtaking and beautiful depth across place and time in a world where less people remain than the number of Google search results for show dogs. While the apocalypse gives the clarity of perspective to her characters, Mandel likewise shares perspective with her readers.

Anyone, interested in fiction, poetry, or books in general, should read Station Eleven. It’s worth the weight of its 333 pages: poetic but with an engaging plot, you can read it twice and still appreciate more subtle detail (and I have). It considers where we are, why, and what the depth of humanity’s future could bring. It’s also unsettlingly real, laying bare the fragility of our brilliant, instant, and perhaps fleeting world. It’s a story of the need to do more than survive, a story of human fortitude and hope. It’s a story you should read.

I wouldn’t recommend reading this book on an airplane, as that’s slightly disconcerting, but I would recommend reading it anywhere else. And definitely read it before our world, with its snowglobes and floodlights and swimming pools ends. 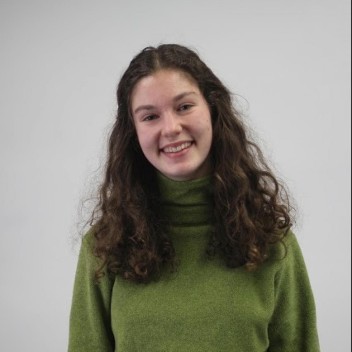 who likes writing things like this as well as reading things, doing and discovering things, and learning things. She's excited to do all that as a coeditor-in-chief of the Journal this year, which will be her last (and hopefully best) at AHS. View all posts by Anna Prewitt